This exhibition (2012/10) by Majima Hidenori (間島秀徳) at Steps Gallery consisted of the very large painting shown in this photo.  As I contemplated the picture, I commented to the gallery owner that I had at first thought it was an abstract image, but the more I looked at it, the more it looked like the ocean...  He said it was indeed the ocean, but as seen from underwater.  With that realization and contemplating the painting anew, there was a terror/fear in the image with echoes of March 11th, 2011.... 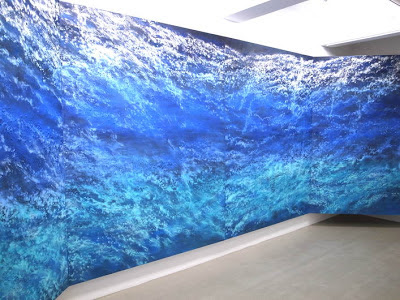 This exhibition (2012/11/21-27) by 内藤寛子 at Jungaro (純画廊) consisted of decorations made completely with natural materials.  The details were quite interesting to examine close up. 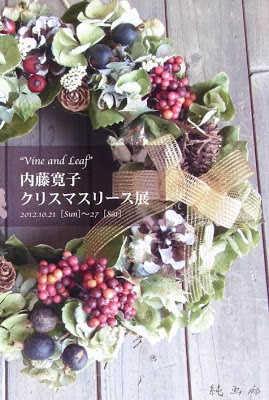 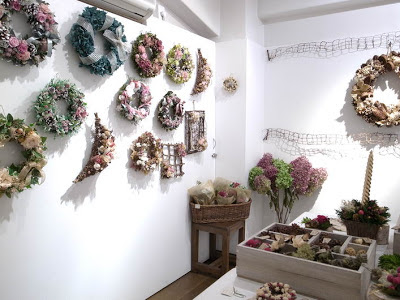 This exhibition (2012/10/08-13) by Yagi Mihoko (八木美穂子) at Gallery Kobo (巷房) consisted of a range of paintings - two examples shown below.  この展示会は、以下の絵のような感じでした。 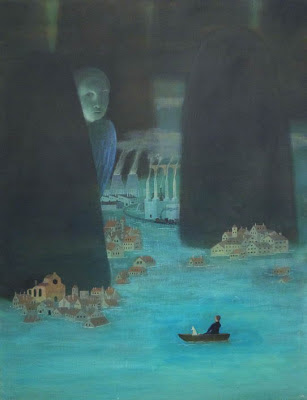 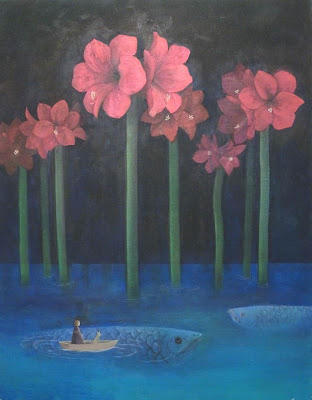